The UK is home to the SKA Observatory’s international headquarters at the Jodrell Bank site in North West England.

As well as hosting the HQ, the UK is also making a major commitment to the construction and operation of the SKAO's telescopes.

The UK is contributing 15% of the cost of constructing the SKAO from 2021 to 2030 and is the largest contributor to the observatory. In addition, UK engineers, technologists and astronomers will be at the forefront of making the SKA project a success.

Scientists and engineers at UK universities and institutions are involved right across the design of the SKAO including from the Universities of Manchester, Oxford and Cambridge and from the UKRI STFC’s Daresbury Laboratory, STFC’s Rutherford Appleton Laboratory and STFC’s UK Astronomy Technology Centre.

UK’s contribution at a glance

The UK’s research organisation the Science and Technology Facilities Council (STFC) coordinates the UK interests in the SKAO, working with the academic and industrial community and the UK government’s Department for Business, Energy & Industrial Strategy (BEIS).

The £20m expansion of the Jodrell Bank site to create the SKAO global HQ was co-funded by BEIS. This was through:

Jodrell Bank was recognised as a United Nations Educational, Scientific and Cultural Organisation (UNESCO) World Heritage Site in 2019 for its contributions to radio astronomy.

Jodrell is also the central hub of the UK’s e-Multi-Element Radio Linked Interferometer Network (e-MERLIN) national facility – a network of seven radio telescopes spread across the UK, including the iconic 76m Lovell Telescope, that together form one of the SKA's pathfinder instruments.

Designed and delivered by the UK

The STFC has already awarded more than £15m to UK institutions to deliver key elements during the construction phase of the project. In addition, SKAO has awarded several contracts to UK industry worth £15.5m.

UK institutions involved in design and construction phases include:

The UK has been leading some of the most important elements of the SKAO: 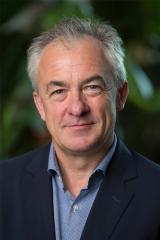 The UK plays a leading role in the SKAO and the development of its telescopes. With the skills and expertise of our researchers and colleagues in industry, the UK will deliver the computing brain and nervous system of the telescopes to enable the observations and unlock the science.

As the UK is an SKAO member, SKAO assists the UK in achieving return on investment through contracts placed with UK companies. The STFC coordinates and manages the UK’s involvement and subscription with SKAO, and as part of this STFC’s Business Opportunities Team acts as the UK industrial liaison office. The team supports UK companies interested in working with SKAO.

The work allocated to the UK to date includes:

Some of the construction work has been allocated to UK national laboratories at STFC and UK universities which have developed detailed knowledge and expertise during the design phase.

SKAO may issue additional tenders from time to time which are expected to be competed for by some or all members. This may include opportunities to provide catering services, facilities management and banking services.

How UK companies can access opportunities at the SKAO:

News from the UK